So, last time I left you, I told you about my ideas for new projects to pursue now that I’ve ceased development on Life’s Impetus. Now, I’ll be telling you a bit more about the first game I plan to work on, the Narrative Project, and explain how I plan to organize my development from now on.

The Narrative Project, as you can guess, is a game focused on the narrative. It’ll be a visual novel/puzzle game about changing memories. I came up with this idea not too long ago after watching the brilliant time-travel movie Primer and wondering if I could make a videogame equivalent to it. I came up with the idea of memory changing, inspired by the story of Kingdom Hearts: Chain of Memories, but temporarily gave up on the idea since I couldn’t think of any good way to make a game around it that wasn’t either too complex or too simple (coughremembermecough). 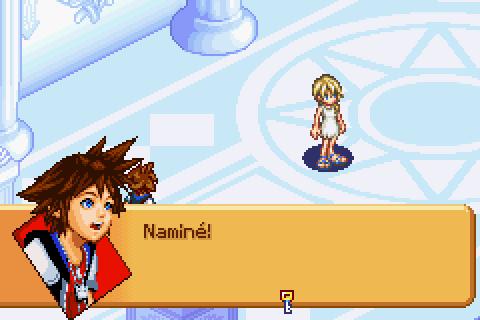 But, I got thinking about the idea once again when I quit LI. I was talking to @RPGgrenade and explained him the idea. Then, for some reason, he mentioned Phoenix Wright and it hit me; this idea would work great as a visual novel! My main problem with the idea was that I didn’t know how to make a good “game” out of it,  but as a visual novel, the main focus would be on the story and I could just pop in puzzles when they felt right.

So, first things first, the important thing is to set my goals for the project. As I mentioned earlier, one of the goals is to make a game where the focus is the narrative. But, for these projects, there are two kinds of goals I always want to set: a learning goal (to learn something I’ve never tried before) and a practice goal (something I know how to do but haven’t praticed much). For the Narrative Project, I want to learn Ren’Py, a popular visual novel engine (not hard but that makes it a good place to start), and I want to practice character art (I used to draw people a lot but haven’t done it much lately).

With this set, I can move onto the process.

And that’s it! If you have any quesitons, don’t be afraid to ask them. During the week I hope to upload the protoype and start on the imaginary slice, so look forward to bits and pieces I’ll be showing!

3 thoughts on “Narrative Project – The Basics and a New Process”